← Back to all posts 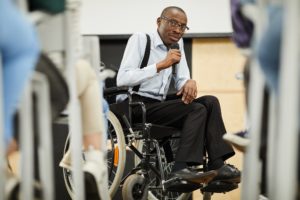 The Americans with Disabilities Act (ADA) is a civil rights law that prohibits discrimination against people with mental or physical impairments in jobs, schools, and all private and public places. Ever since it was enacted in 1990, businesses have made considerations when designing audiovisual (AV) systems for their clients. This is to ensure that everyone can take full advantage of the installed technology while guaranteeing that every meeting and presentation will go with no difficulty or prejudice.

Before you enlist the services of professionals with a high-tech audiovisual projector in Houston, TX, learn some tips on how you can make your AV technology ADA compliant.

An assistive listening system (ALS) should be provided in areas where audio is vital for efficient communication. Lecture halls are common installation spaces.

According to both the 1994 and 2004 ADA standards, venues should offer a number of receivers proportional to the total of available seats. At least 25% of these must also be compatible with neck loops for people with hearing impairments.

Check the Height of Work Surfaces

Sections 226 and 902 of the Americans with Disabilities Act state that work surfaces shall be at least 28 to 34 inches above the ground. These include lecterns, teaching stations, instructor tables, and portable collaborative counters. The law declares that there should be enough space for people, both on foot and in wheelchairs, to access them comfortably.

The challenge for some AV designers is to select the perfect work surface that caters to the needs of people with and without disabilities. To bridge this gap, they use adjustable tables – one that can be raised for individuals who want to stand while speaking or lowered for those who are in a wheelchair.

Another solution is a table with two switchable mechanical heights: one that suits presenters who prefer standing and those who want to remain seated. If you’d like, you can ask your AV service provider for an ADA compliant counter.

Reach ranges refer to how easy it is for people using wheelchairs to reach operable parts. These include control switches, power outlets used by pieces of AV equipment, and other mechanical and electrical devices. For this, ADA has a 48/15 rule. Using the ground as the reference point, wall-mounted panels shouldn’t be higher than 48 inches or lower than 15 inches.

Be clear about your needs and other specifications. Electricians often put control surfaces outside of the 48/15 range. Misinterpreting your instructions, they tend to measure up to the center point of the device they’re installing.

Look Out for Protruding Objects 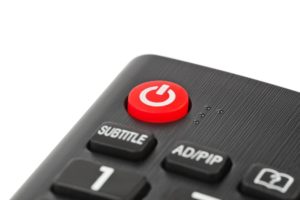 ADA also has specific requirements for protruding objects to prevent hazards and avoid injuries to people who are visually impaired. Sections 204 and 307 state that obtrusive items, especially those found in circulation paths, must follow essential conditions.

In Section 106, circulation paths refer to any space people use to move from one room to another. These include ramps, landings, stairways, courtyards, elevators, and platform lifts. For example, wall-mounted AV systems in hallways shouldn’t protrude more than 4 inches from the wall.

For clients with visual impairments, providers use high-contrast touchscreens. Some even go as far as installing Braille-embossed control buttons. It’s also helpful to incorporate voice-activated devices like Apple’s Siri and Google’s Alexa.

By making your AV projects ADA compliant, you’ll legally protect your company and the patrons you work for.

Get in touch with AV2GO, the best audiovisual providers in Houston, TX, for all your AV needs. Their team of experts can turn your event from a mere idea into reality using high-tech and top-notch equipment.

632 thoughts on “Tips to Make Your AV Technology ADA Compliant”